Beginning of OSM Community in Bhutan

World Bank Bhutan in consultation with the Thimphu Thromde partnered with Kathmandu Living Labs(KLL) and Humanitarian OpenStreetMap(HOT) team to start the OpenStreetMap(OSM) movement in Bhutan. The plan was to sensitize the government officials and build their capacity to create and use map data using open source platforms like OpenStreetMap and QGIS. We also had planned on training students from Royal Thimphu College(RTC) on crowdsource gis and mapping in OSM.

Thimphu Thromde already had data sets like building footprints with building numbers and street with associated street names that they were looking to share with other agencies and general public. One main reason for this was they wanted the people to adopt the new addressing system developed by the Thromde. The import to OSM was coordinated using HOT tasking manager . The import process for building footprints and address (house number and street name) is documented in the OSM wiki.

Import would not properly work without having a robust local community. The next challenge was to build local community in Bhutan that was capable of uploading new data, verifying and validating the existing data and putting the data to innovative uses.

We trained officials from Thimphu Thromde and other ministry of Bhutan government to collect and map data in openstreetmap using OSMtracker, fieldpapers and JOSM. They further learnt QGIS to create custom maps from OSM data and to do simple vector analysis. Over the course of four days participants learned the philosophy and theory behind OSM and different use of OSM along with the tools. Similar training was also given to undergraduate students from Royal Thimphu College. Students got a chance to learn about OpenStreetMap and also got hands on working experience with mapping in OSM platform. 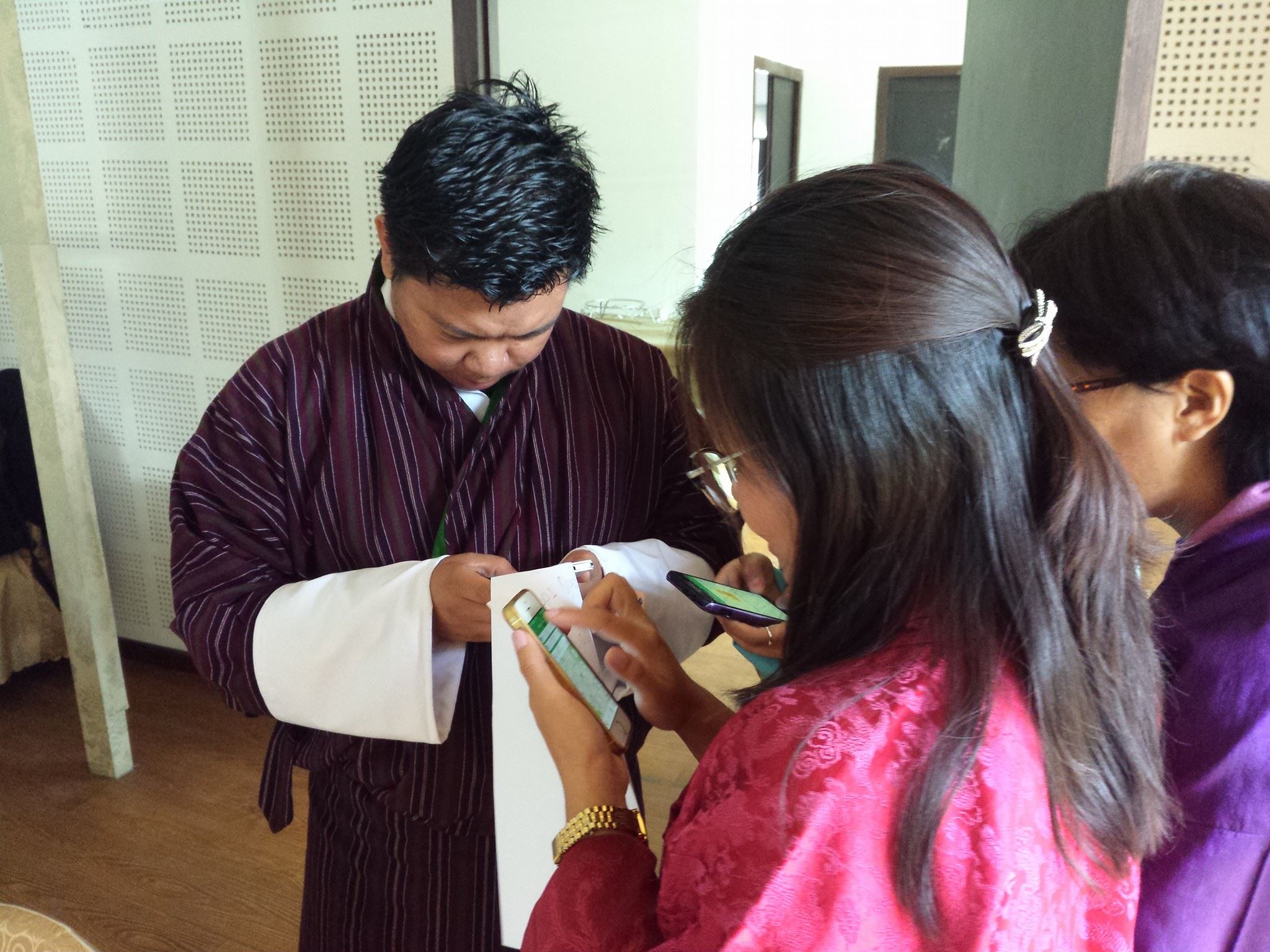 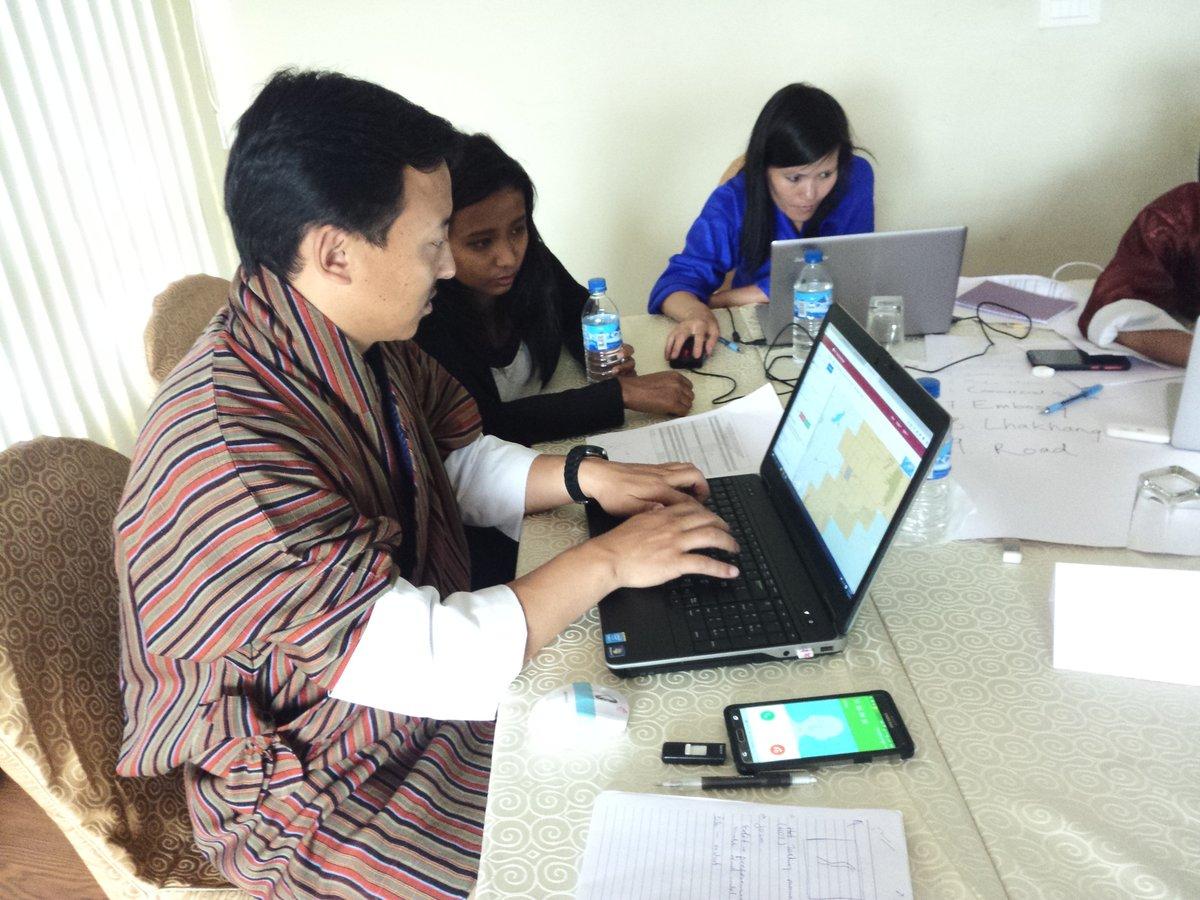 It was interesting to see the excitement of the government officials regarding OSM and its utility to Bhutan. All the officials found OSM relevant to the work that their organization is doing and suggested that OSM movement in Bhutan should go beyond the capital city of Thimphu and spread to the whole country. 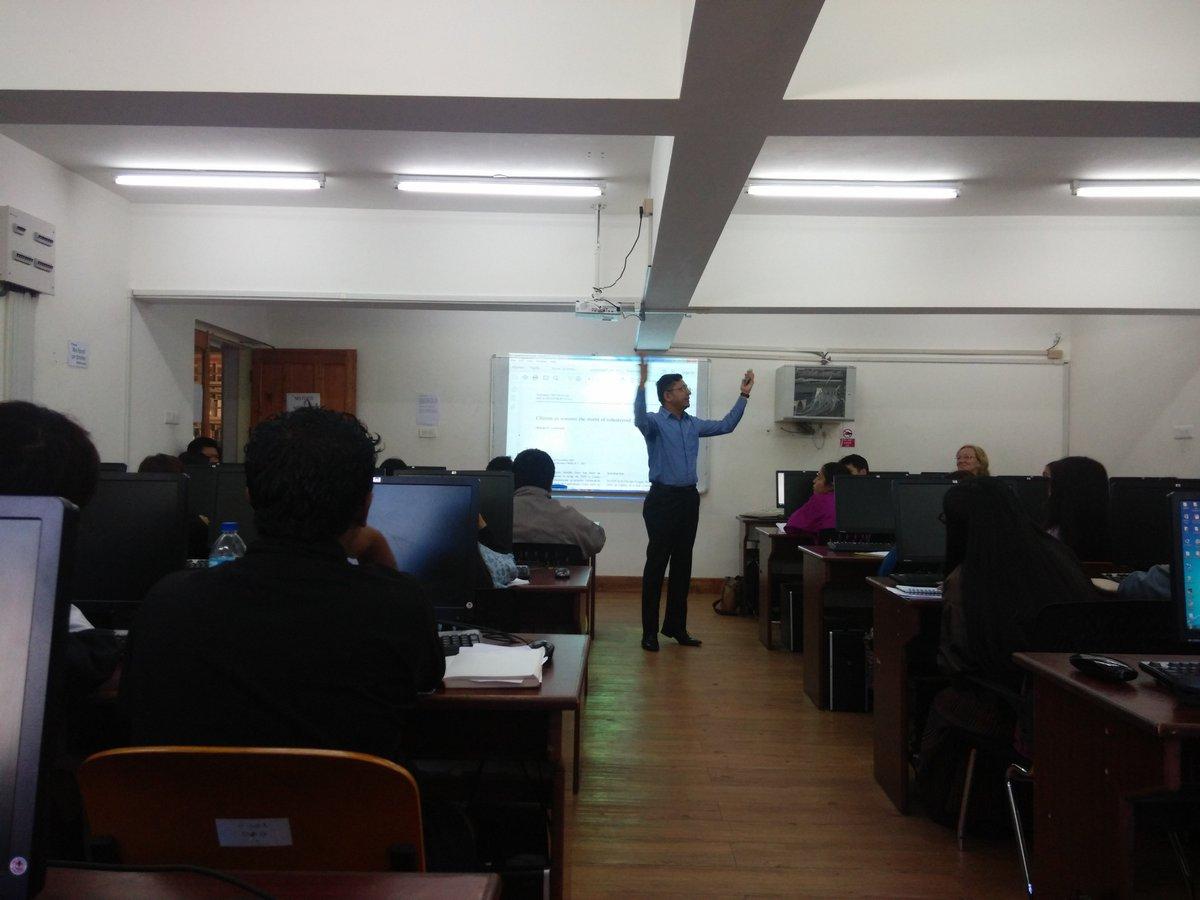 In order for this excitement of government officials to carry forward and become tangible it was important to sensitize the higher ranking officials of the organizations. We organized a half day sensitization workshop for these officials. We use the workshop to showcase application of OSM in various thematic areas like agriculture, governance and disaster management. Major part of the showcase was the use of OSM during and after the Nepal earthquake. The workshop was successful in sensitizing the people at policy level. Mayor of Thimphu Thromde , Kinlay Dorjee mentioned “OpenStreetMap can be a tool for Thromde to engage our citizens and connect with the Youth”. 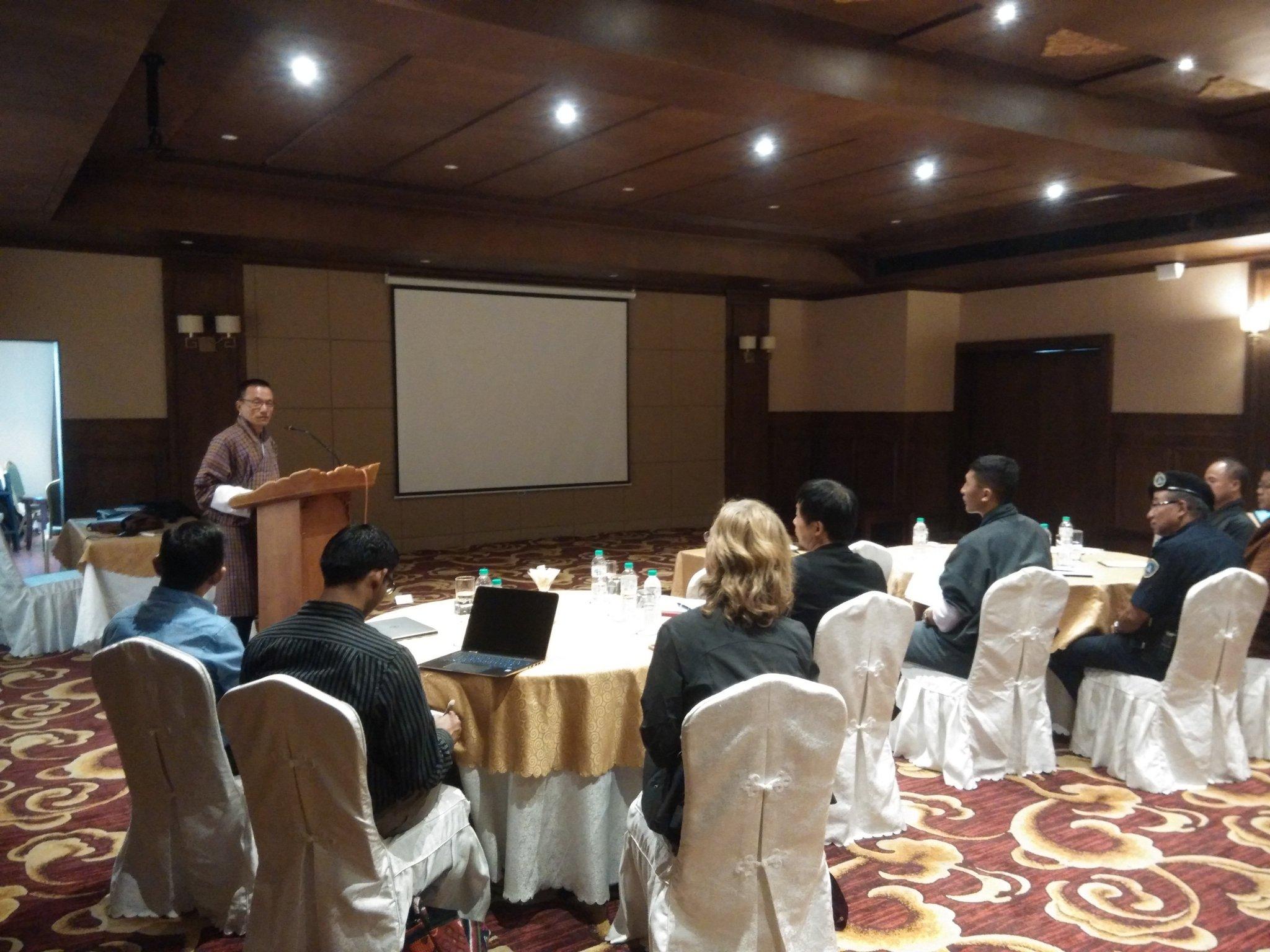 Interesting and unique partnership between the Royal Thimphu College and Thimphu Thromde have emerged from the OSM work. Thimphu Thromde with the help of students of RTC were able to map two administrative units of the in good detail. During data collection students introduced the general public to offline maps in smartphone and the addressing system developed by Thimphu Thromde. This helped Thromde to not only collect data more efficiently but also to connect with the youth and engage the citizens. The students gained valuable knowledge about their community, the work of their local government and cutting edge technology. 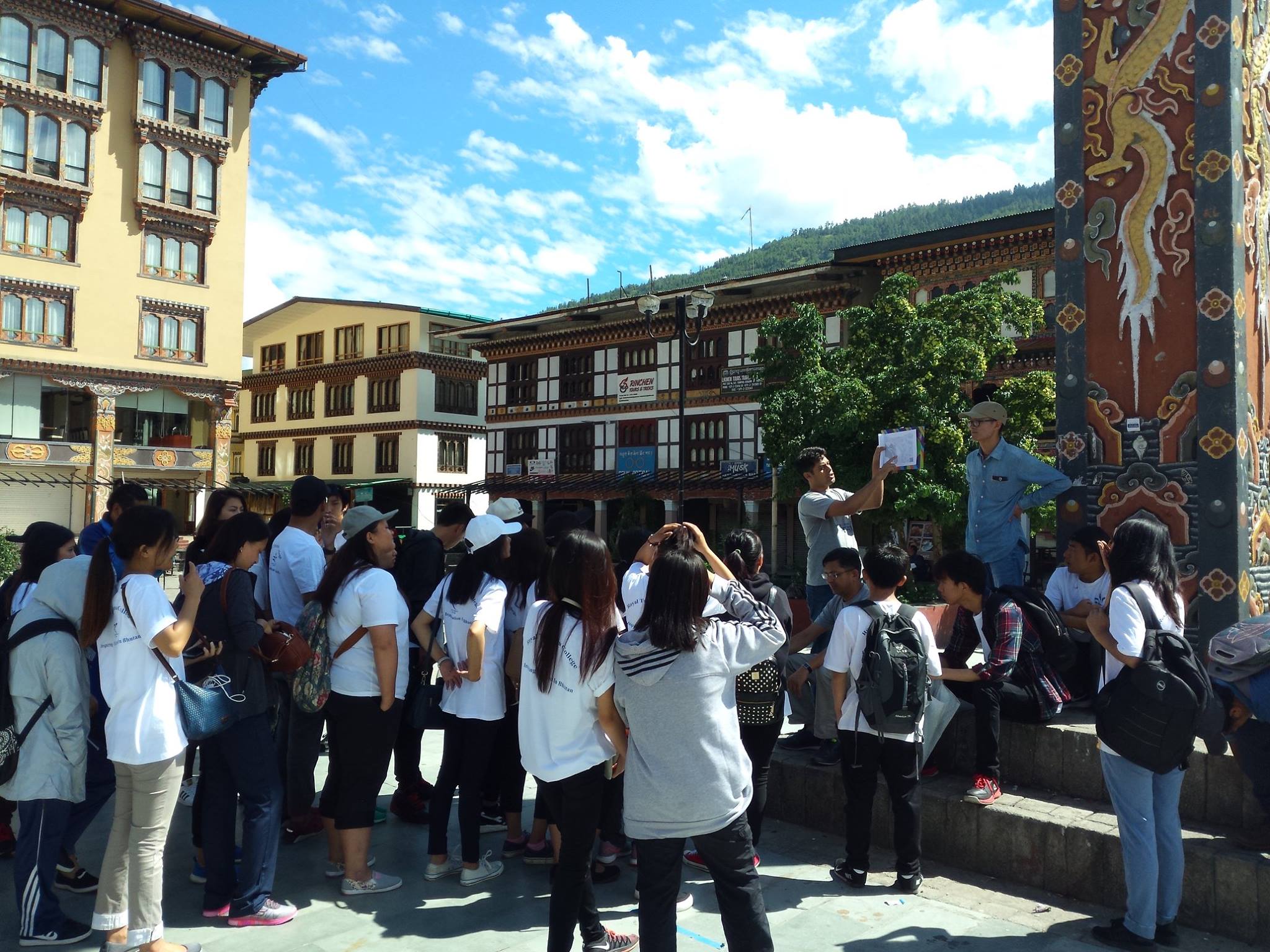 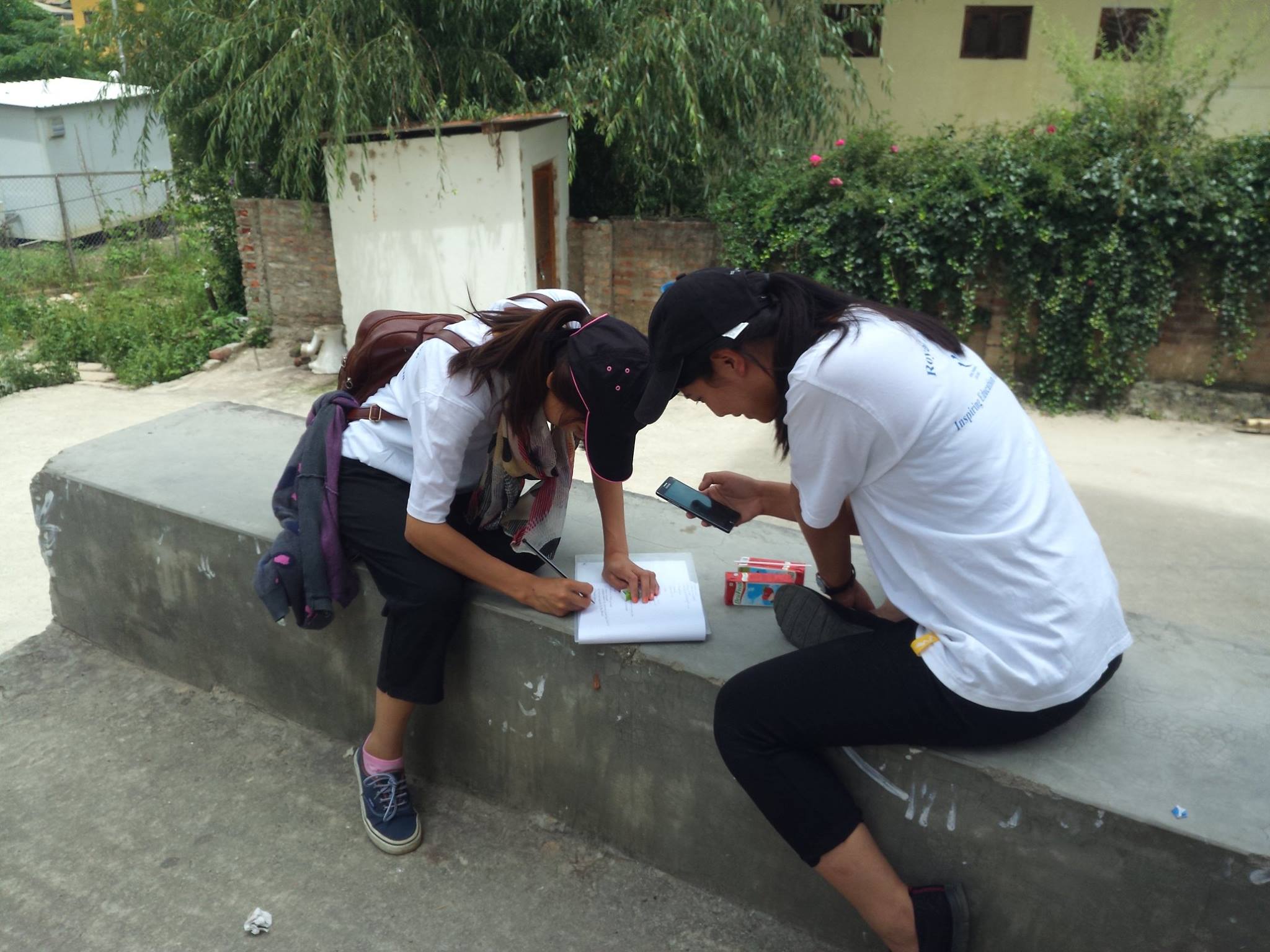 In order for the community to be sustainable in longer run such partnership should be encouraged in other agencies of the government. Thimphu Thromde has already take a step forward towards this and hired three interns to carry forward the OSM work. Mapping events should be regularly organized which would allow local champions to emerge. At the same time some method of incentivizing long term mappers should be developed. The Bhutan OSM community is also moving forward with this using social media like facebook and wechat to stay in touch and support each other. The challenge now will be to maintain the excitement of the community and also bring in new members.