Agriculture is one of the most important livelihood sectors in Nepal. A substantial proportion of the rural income and employment opportunities for the Asian nation’s 210 million inhabitants come from farming. According to the 2014 World Bank report, agriculture contributed 235 billion NPR ($2 billion) to Nepal’s GDP — a whopping 34.35%. That’s not all. According to the National Sample Census of Agriculture Nepal 2011, the landlocked country has 3.8 million families involved in agriculture. And even though 83% of these families count on agriculture as their major source of income, the annual produce is not enough to feed even 60% of the families.

Ensuring effective agriculture production across the country has been a serious challenge due to high degree of spatial and temporal climate variability coupled with lack of agricultural datasets and technology. This is because many farmers use traditional practices in agriculture and there is a lack of commercialization in agriculture. Moreover, there is a lack of data on what is grown where. So, government and non-government organizations find it hard to plan changes that might prove effective. Also, the youth in Nepal today is disengaged with their community, and is looking to migrate to other countries for better opportunities.

Enter Kathmandu Living Labs (KLL) — a not-for-profit technology company working on open data and open source technology to solve day-to-day problems faced by citizens in Nepal. Believing that the local knowledge and crowdsourcing play a powerful role in any society, KLL thought that the best way to gather the requisite information was by engaging the farmers, students and teachers in the community.

KLL had realized the power of OpenStreetMap (OSM) when it worked on map data for disaster resilience and preparedness in the aftermath of the April 2015 Nepal earthquake. Nepal has seen a considerable rise in OSM mapping and usage since 2012; majorly because of the growing community that formed around OSM and the increase in volunteers who joined the OSM movement. During the re-establishment efforts post the 2015 earthquake, it was realized that OSM is useful in many other geospatial operations than just disaster preparedness. 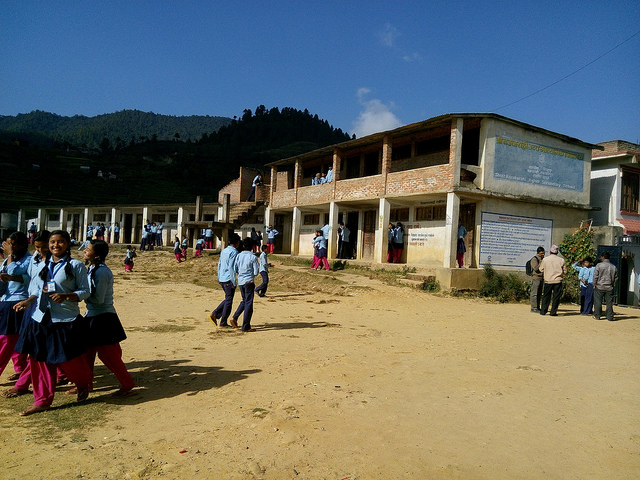 Due to its easy usage and open nature, OSM was the right choice for data mapping in the agriculture project which was backed by ICIMOD, NASA and USAID. Since crowdsourced open mapping for agriculture was a new concept, the pilot project was carried out in three villages — Bajrabarahi, Manahari and Padampur. These villages were selected based factors like existing agricultural productivity, schools, distance from the country’s capital Kathmandu, and the availability of satellite imagery in OSM.

Paluwa, an agricultural startup that connects rural agro producers to urban consumers, helped connect the KLL team with Bishnu Gautam from Magnus Software who, in turn, linked KLL with the Small Farmers Agriculture Cooperative. To motivate the farmers and help them visualize the project, a demonstration on OSM mapping of horticulture center was given.

In OSM, attribute data are defined by a combination of key and value called tag. A single feature is associated with many types of information and can contain multiple tags. The challenge in mapping the agriculture data was defining the entire attribute data that was to be mapped. A farmers’ meet was organized to zero-in on the list of important things to be mapped. An agriculture consultant was also appointed to brush up the list. Suggestions of tags were also made for the attributes that did not have pre-existing tags.

The KLL team spent two weeks in each village during which training sessions for local farmers, youth, school students and school teachers were conducted. The training sessions covered mapping general geographic features, such as, roads, shops and rivers, as well as features specific to agriculture, such as, crop production pockets and crop cycle. Starting with the basics of mapping, the local trainees and participants were taught to explore interesting map features to characterize the village. This further helped identify OSM features based on local knowledge. For example, one of the villages, Bajrabarahi, is known for places of historical importance and has also developed new approaches to agriculture, such as, rainwater harvesting for irrigation. Putting things on the map and seeing the outcome of it slowly built the excitement and confidence of the participants.

Progress made during the training was an added motivation for the participants. KLL developed a mechanism to quantitatively review this progress via a visualization which showed daily progress at the start of the day. Group sessions were also conducted where the satellite imagery was projected. The farmers discussed and mapped crop production pockets. Another interesting exercise was pairing up younger school students with older farmers. The students taught the farmers about the technology, while the farmers taught the students about the locality and agricultural practices in their village.

A methodology was developed to train local citizens in mapping on OSM and using local knowledge to build the map itself, keeping in mind the four key pillars of food security: availability, access, utilization and stability. A majority of the OSM features were mapped by the enthused participants. A total of 3,692 POIs, 43 schools, five health facilities, 6,318 buildings, 518 km of road, 31.54 square kilometres of farmland and 31.45 km of irrigation canal were covered by the project.

Farmers developed competency and confidence in using the technology, and the youth gained a better understanding of their village. Participants gained spatial literacy and discovered new things about their villages. One kiwi fruit farmer went to all the kiwi farms in the village, mapped them and collected production data. After a week of mapping one farmer mentioned, “Initially when I looked at the satellite image, I could not figure out anything. But now, after mapping a few identifiable places, I can take reference and figure out everything present in my community.”

The school students were also excited to use mobile phones and computers to create maps of their communities. They gained a deeper understanding of the geography lessons they learned in their classes. They also learned a lot about agriculture and their villages from their elders and farmers while helping them. 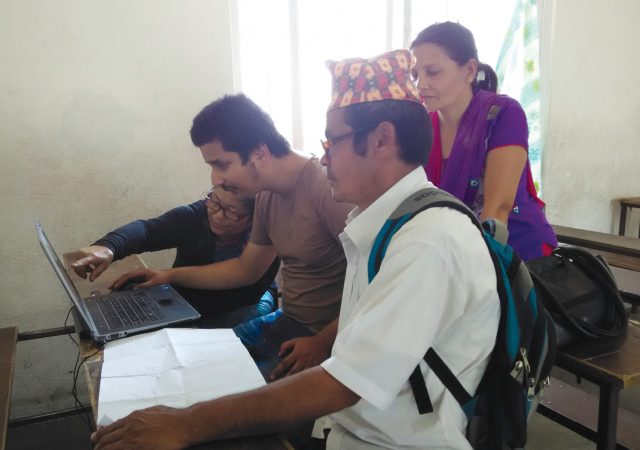 The KLL team also developed a website — www.khetibali.com — dedicated to providing information about the agricultural status of these villages. After seeing the overwhelming success of the project in these villages, Small Farmers Agriculture Cooperative wants to replicate the work in all 600 villages of Nepal. The work has also generated interest from the government.

In the coming days, KLL hopes to capitalize on this excitement and use open mapping knowledge to create an open geodata for the entire agriculture community of Nepal.

I wrote the post originally for geospatial world magazine and the original article can be found here.